Art Plumstead showcased the creative skills of regular attendees of Andrew’s Watercolour classes with a selection of hand-painted cards and local scenes which flew off the stall; sometimes literally, since the weather, although gloriously hot, had occasional gusts of wind. Luckily, there were enough volunteers to keep an eye on the stall and its contents, and retrieve any stray works. 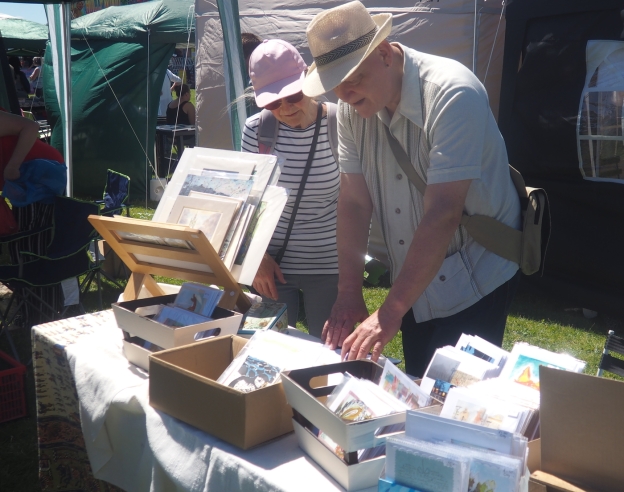 Later they were joined by Liz who entertained the children with a puppet show depicting the adventures of a crab who found the courage to make a journey to the blinged up crystal rocks at the bottom of the sea. It was an original and amusing way to deliver the message of respect for the environment. 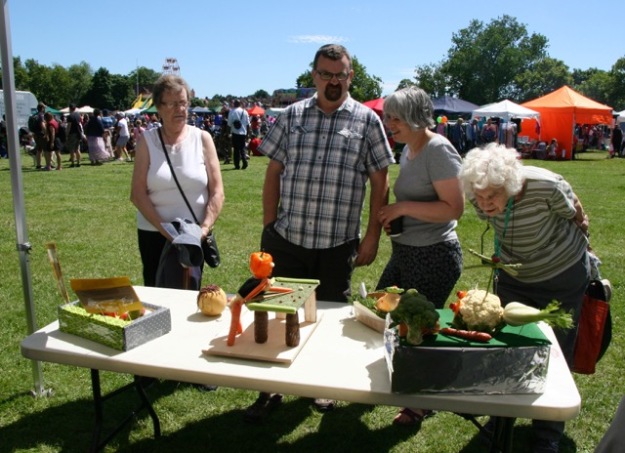 Meanwhile, in the information tent, Erik and Dee had been receiving entries for the vegetable carving competition. The theme was local people and places. The new, streamlined ballot system was aimed at encouraging voters to choose only one sculpture as their favourite piece, then move away so others could make their selection. 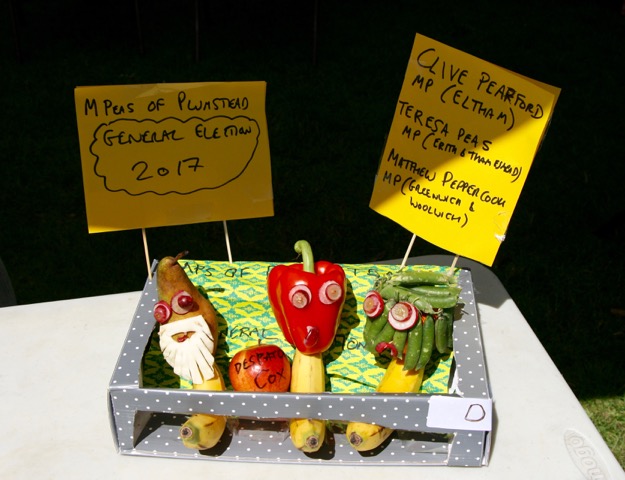 There were any number of local stalls and activities, hordes of visitors and anyone involved will say it was a very successful Make Merry 2017.